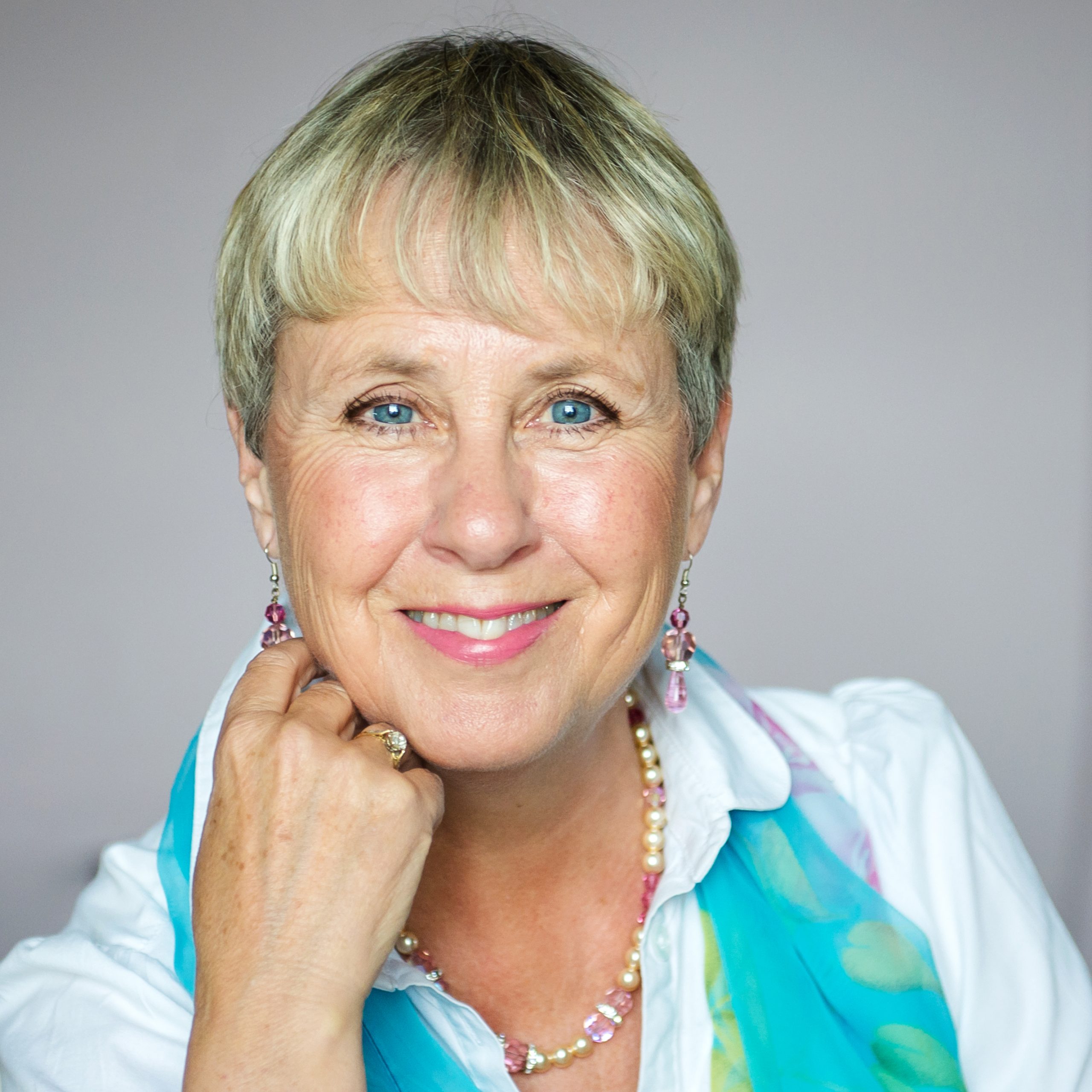 Kate Findlay, who after overcoming tragedy and challenges started her successful business and has now been recognised for national awards. Amanda Chalmers had the opportunity to feature Kate in the following article.

Kate Findlay is an inspiration.

At the age of 66, the entrepreneur -and grandmother – from Barford, did not dream she’d be a finalist for a series of national business awards.

But the recognition is less surprising when you learn that she launched her online boutique gift shop Peach Perfect whilst also nursing her husband through the latter years of his degenerative illness.

So overcoming the commercial challenges of a pandemic is, unsurprisingly, something Kate is also taking in her stride, as she adapts to the growing needs of her online customers.

Gloucester-born Kate moved to Warwickshire aged 28, with her first husband following a transfer by her employers at the time, IBM.

But it’s not the career path she originally mapped out for herself having harboured dreams of becoming a doctor and going on to gain a degree in Psychology at Portsmouth Polytechnic.

Kate said: “It was a very different time and I was a very different person. I’d had to abandon my idea of becoming a doctor as I hadn’t got straight A’s – unbelievable though it now seems, girls had to get higher marks than boys to get into medical school. I knew I wanted to work with people but wasn’t entirely sure how, and rather randomly I decided to become a Clinical Psychologist. There was one post being advertised in the whole of Hampshire and a whole queue of eager graduates so I was beaten to that option.”

Fate then played a hand and led Kate onto a graduate training scheme for IBM’s head office in Portsmouth. And it was IBM that also led her to Ian when Kate became a wife and step mum to two sons, before going on to have their own son together. Robert is now 33.

After 18 years in the company, voluntary redundancy presented the still ambitious Kate with an irresistible opportunity to go it alone for the first time. It wasn’t long before her new marquee hire franchise business was born. But, after three years, her head was turned by a career opportunity too good to miss at Rover. This forced her to take a big step backwards from the marquee business and, eventually, to walk away.

It was to be short-lived however when, after just three weeks, Kate realised her mistake.

An 11-year spell at Cadbury’s followed, including a Senior IT management role until she was faced with the option of redundancy once again. And this time it would prove to be a decisive moment in her life.

She said: “When an option to take redundancy arose, I seized the chance to escape – and having battled through three decades of corporate life, I knew this time there would be no turning back. I thought, this is my chance to do something for myself. I’d always felt that there had been unfinished business with the marquee project. I wanted to be my own boss. I realised corporate life didn’t really appeal to me.”

It was at this time The Real Britain Company was born. A new bespoke independent travel service, it was an exciting new venture for the couple, if not entirely impulsive as Kate admits the idea had been brewing for some time.

“When I get an idea in my mind it is like a grit in an oyster to produce a pearl, it stays there and starts to gather momentum and form into something. The idea was already pretty well formed even by the time I left Cadbury’s.”

But it was also whilst travelling on one of their many research trips for their company that Kate recalls noticing the first signs of Ian’s dementia.

She said: “It first became clear something was wrong about 10 years ago. We were on holiday in Kent doing one of our Real Britain forays and Ian had become very fearful of things. He wouldn’t walk along the white cliffs of Dover. He also started to forget conversations that we’d had just minutes before.

“Also he didn’t feel right. That summer, we’d been married for 23 years, he bought me a ring and said he had planned to give me this for our 25th wedding anniversary but said he didn’t want to wait that long. He knew something was wrong. He’d say ‘what’s the matter with me?’

“We went to the doctors just after getting back from the trip and they said it was anxiety and depression – but we just knew that was a load of rubbish.

“Then it was backwards and forwards trying this drug and that drug and Cognitive Behavioural Therapy, psychiatrists and brain scans without a firm conclusion. It wasn’t until Ian was finally referred to a memory clinic that, after six-and-a-half years he was diagnosed with a form of dementia condition called Lewy Body Dementia or DLB.

“It was a bit of a relief after all that time actually because it made sense of all his symptoms – and because the support for Parkinson’s is so much better than it is for Alzheimer’s. The Parkinson’s Society was brilliant.“

But it was to bring an abrupt end to their travels, as Kate explains: “It was becoming increasingly obvious that Ian was struggling to cope with the demands of the business and I was having to do all the work as well as care for him. We had made many changes to our life, one of which was closing down our beloved company.”

But it’s hard to keep a good woman down and wasn’t long before Kate embarked on her next solo project.

“For a few years, I’d been fascinated with the idea of running an online gift shop with a difference – a store that stocked beautiful and practical presents for people like me who wanted good quality gifts without any gimmicks.

A friend of mine who is a Shakespearean professor collaborated with a chef on a cookery book called The Food of Love: A Taste of Shakespeare in Four Seasons full of Elizabethan recipes and references to it in Shakespeare. But the publishers didn’t really know how to promote it because it’s not a standard cookery book or history book. I thought, there must be lots of things like this that people just don’t know about that make lovely presents so that was another catalyst. When I did eventually do it I made the book my first product.

“It was 2015 and Ian was well into the symptoms by then. He failed to understand how he could help with the business in any way at all. I think he was very proud of me but also very frustrated and upset that he couldn’t do anything to support me,” she said.

“I knew deep down I still hadn’t achieved everything I want to achieve in life. I knew I needed something else. I realised what was coming and that I’d end up being a carer but needed something to focus on that would go beyond his death. I thought I can’t be just a carer. It’s not who I am. You don’t choose to be a carer, it’s forced upon you. So the business has been an absolute Godsend.”

Ian’s condition deteriorated quickly and simple everyday tasks such as emptying a vacuum cleaner, making a cup of tea or even lifting a fork to his mouth, eventually became impossible.

He sadly lost his battle with DLB in March last year, aged 66.

Since then Kate has worked hard, in his honour, redoubling her efforts – and growing Peach Perfect.

In the meantime – and as, like all businesses, she has had to navigate the challenges of COVID-19, but has also benefited from a boom in online shopping.

She said: “To begin with everything went completely dead because people were worried about finances and so on. But things quickly picked up because people still have birthdays and the need to entertain the kids. We also particularly sold a lot of craft kits and things for the garden.”

Looking back it is clear there have been many forks in the road of Kate’s life journey so far – but today she’s among the first to champion the ambitions of wannabe entrepreneurs – of any age.

“You’re never too old to do anything. It’s your frame of mind that’s important. It’s never too late if you’ve got the idea and the wherewithal to do it. In fact, it keeps you young.”

She concluded: “I could never have foreseen the cultural changes and the twists and turns I’ve experienced in my working life over the past 40-odd years. But looking to the future, I’m certain of one thing at least – this is my time to shine. And I’m loving every moment of my new business life as an online retail entrepreneur!”